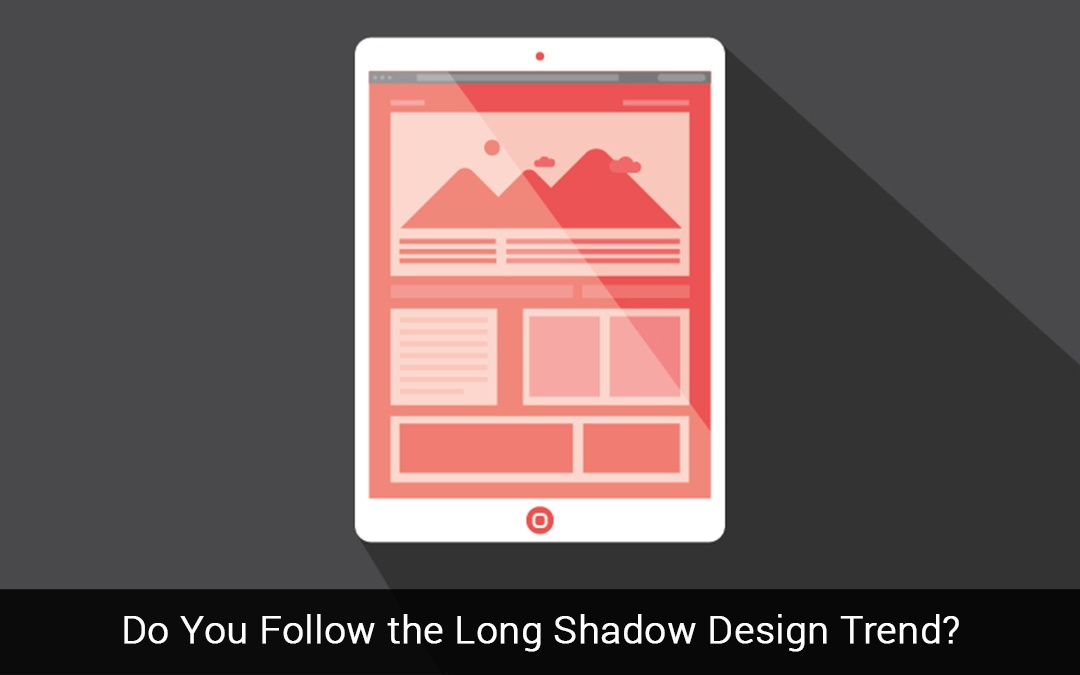 Flat design, since its inception, is, and always will be, there. But what was the only choice initially soon became just another option. Web designers started using flat design as the base and adding shadows, gradients, patterns, textures and such other elements to create a skeuomorphic (real life-like) design. And then flat design returned; you may question why. Simplicity became the focus of Web Design & Development. And what better way to make things simple than by going down the ‘flat’ design pathway! The increasing need to make sites mobile compatible, and reducing file size for this purpose, also contributed to the resurgence of this design principle.

But is it the only choice? No such thing exists in the field of web design. Flat design is a suitable solution in several situations. But, with repeated use, it will soon lose its charm. Inappropriate ways of incorporating the design principles will soon lead to it losing all its aesthetic appeal. A new trend has evolved – the long shadow design.

What Exactly Is This Style About?

It is quite simple; a shadow extends from the element at a 45 degree angle approximately. The shadow created is 2 and 1/2 times of the original element. It is not something unique; just an evolution of flat design principles – it is an addition of a sense of depth to an otherwise flat element.

Where Did It Begin?

Initially, flat shadow design was confined to the creation of icons and logos. And Web Design & Development were happy with this addition. But soon it was discovered that it is possible to replicate this with CSS3. The launch of a long shadow generator also added to the use of the style to different elements.

It isn’t necessary to pinpoint the first designer who used it, though Dribble and Illustrator are known to have used the idea. But Google’s brand guidelines have made it quite popular. And Google showed how to do it right. The icons are beautiful, with simple and subtle aesthetics and perfect practicality.

What Is Its Purpose?

Now, flat design had a definitive purpose – to create mobile-friendly user interfaces. The question is whether long shadow design has any distinct purpose. No; it hasn’t. The only good thing about this trend is its aesthetic aspect. So, it is up to the designer’s wishes whether to use the principle or not.

Most Importantly, Is It Here To Stay?

Nothing stays on forever in the web design world. And nothing really goes away completely either. See the reemergence of flat design for example. Long shadow design isn’t anything permanent either. It offers a fresh perspective, and captures attention for now.

But it has its share of drawbacks as well. For starters, it isn’t done correctly at all times. If a designer stretches the shadow to the end of the screen at all times, the result won’t be as attractive. Without the simplicity and subtlety exercised by Google, it won’t hold any good for the only reason it exists – aesthetic appeal.

Another disadvantage is the result of too much use of the same. Imagine applying long shadows to every graphical element on an app or a website. It will look silly; something no designer will really wish for. And it will also be counterproductive when it comes to the usability aspect of the app or site.

Consider what happens when you apply the same shadow design to multiple icons. The result will be the exact opposite of what you want. The shadows will incur more strength, as they appear in a repetitive manner, and the icons will lose their significance. This isn’t what you want to achieve with your Web Design & Development.

The important question is whether you want to follow the long shadow trend or not. And the answer is simple. You need not follow a trend just because of everyone else is. If it works for a specific design, it can be a good idea. But make sure you use it in the correct doses and in the correct manner.

How SEO-Friendly Web Design Can Make a Difference